US: Ford BEV Sales Reached A New Record In July 2022

Jump to Latest
vanman
Ford is now right behind Tesla with BEV sales in the US. 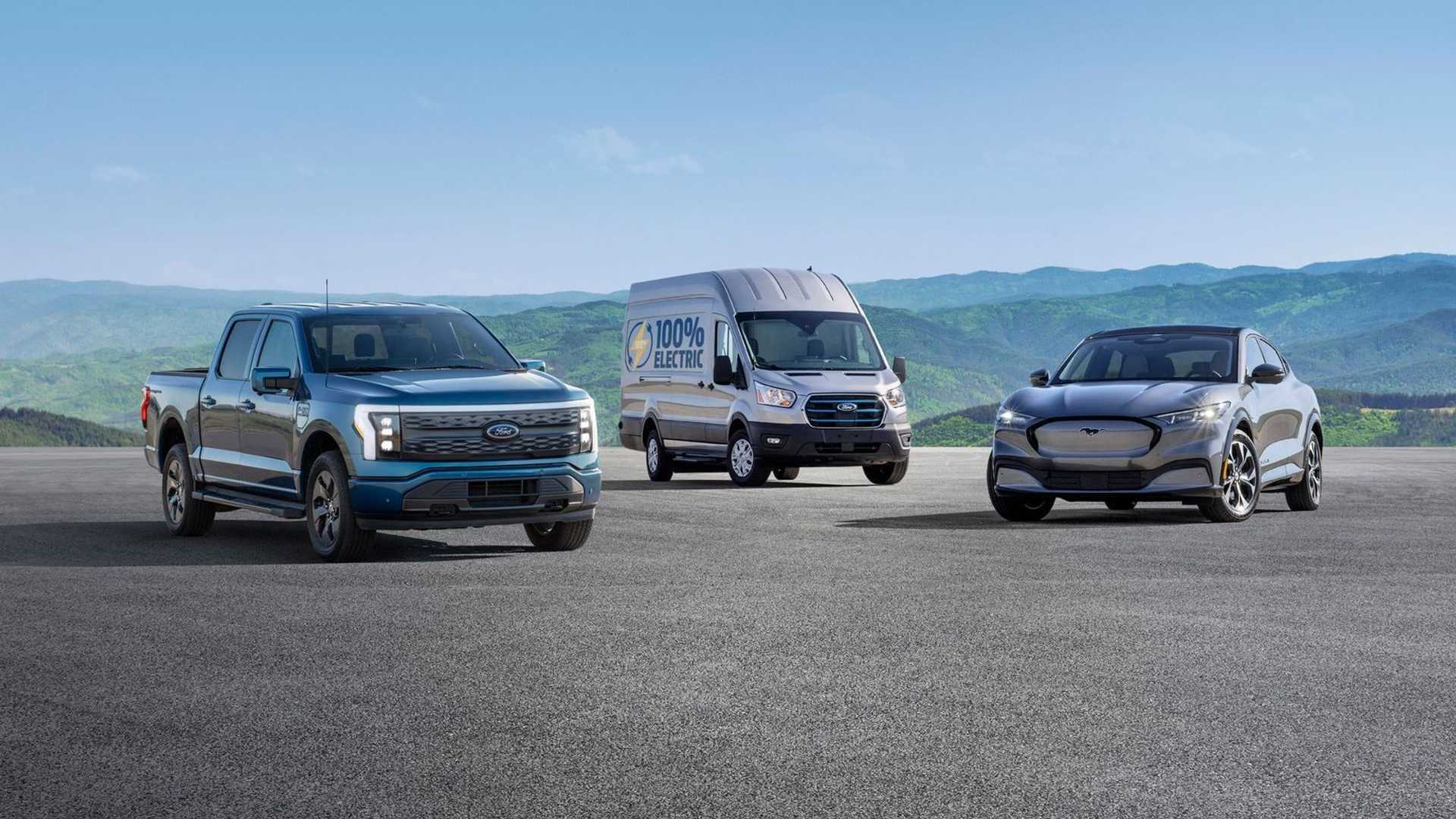 US: Ford BEV Sales Reached A New Record In July 2022

Ford's all-electric vehicle sales reached a new record. In July, the company sold 7,669 BEVs, which is 169% more than a year ago and 4.9% of the total volume.

insideevs.com
In July, the total sales of Ford and Lincoln vehicles in the US increased by 36.6% year-over-year to 163,942. That's the second month with strong year-over-year growth and a clear indication that the production constraints are easing.
The year-to-date result is now only slightly lower than a year ago at 1,079,762 (down 3.3%).

Meanwhile, Ford's all-electric vehicle sales reached a new record. In July, the company sold 7,669 BEVs, which is 169% more than a year ago and 4.9% of the total volume (also a new record).

The company says that its BEV growth rate is outpacing the market's average and that the brand is now the 2nd biggest player in the BEV segment, after Tesla.

"Ford’s overall share of the electric vehicle segment is rapidly expanding. In July, Ford established 10.9 percent share of the segment its highest level on record. This compares to 7.3 percent in Q2 and 4.4 percent in Q1 of this year. Combined, Mustang Mach E, F 150 Lightning and E Transit are conquesting from competitors at a rate over 60 percent this year. Ford now ranks as America’s second best"
"Ford grew more than 3 times the rate of the overall electric vehicle segment in July."
Click to expand...

In this place, we would applaud Ford for providing full sales data of its all-electric vehicles (even those usually counted together with conventional counterparts), which not only allows us to track results but is the right industry practice.

According to the latest news, the electric F-150 has been delivered in all 50 US states.

The gross stock of Mach-E in the US is estimated at about 5,200 (at dealerships and in transport, we assume), compared to about 6,700 in the previous month.

The numbers exclude China, where the Mach-E is locally produced and sold.

Ford E-Transit
A total of 526 Ford E-Transit were sold in July, while year-to-date it's 3,534. According to Ford, the E-Transit completely dominated the US electric van market with a 95% share of the segment.

"E-Transit sales through July totaled 3,534. Ford E-Transit represents 95 percent of the electric van market through July of this year."
Click to expand...

According to previous reports (a few months ago), the company had more than 10,000 orders on hand. So as we said before, at the current rate, the entire production for 2022 is sold out.

Written By:
vanman
Follow View All Authors
0 Replies
1 - 1 of 1 Posts
About this Article
0 likes
0 Replies
Written By: